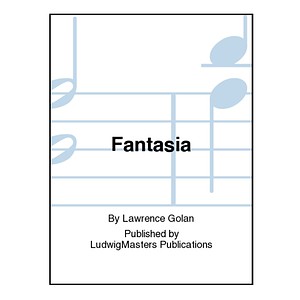 The Fantasia for Solo Violin, written in 1993, was inspired by Eugène Ysaÿe's sonatas of 1924, which in turn were inspired by the unaccompanied violin works of Johann Sebastian Bach, dated 1720.

From the opening key signature in d minor, through tonal ambiguity, dissonant tones, and an heroic modulation to the final theme in the key of D Major, three motives lead this programmatic work from an aimless, wandering feeling of despondency to its triumphant finale.

Or order at Sheet Music Plus