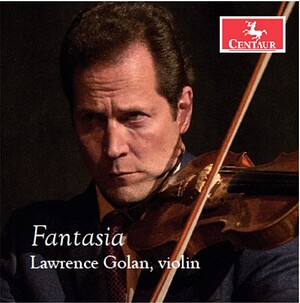 Lawrence Golan's Fantasia for Solo Violin, written in 1993, was inspired by Ysaye's sonatas of 1924, which, in turn, were inspired by the unaccompanied violin works of J.S. Bach, dated 1720. Hence this recording represents the inspirational lineage of a composition spanning almost three centuries.